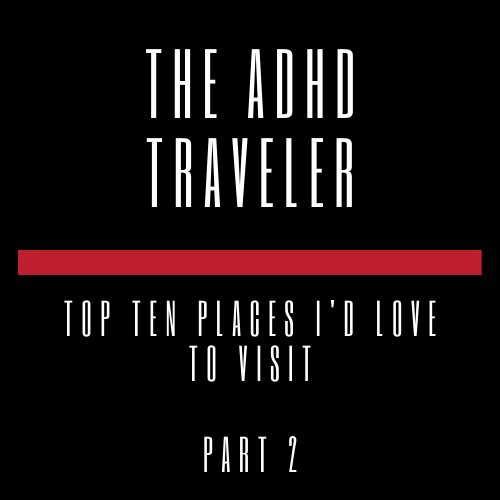 If you’d like to see the first three places on my list, check out the Top Ten Places I’d Love To Visit Part 1.

Amsterdam represents a lot of things for me: Mystery, wonder, and a bit of an “oldschool” feeling that I can’t quite explain, while still having a bit of an exotic splash mixed in. In my earlier life wanderings, I wanted to go here simply for legalization things, but that’s since changed, seeing as my country is in the process of going through a lot of the same legalization fight that Amsterdam’s been through in the past.

This is going to be a tough hurdle to tackle, because I’ve heard rumours that Amsterdam is trying to move away form the reputation they’ve had as a “tourist gone wild” destination of the past, and are trying to discourage people from visiting, on account of the population being overwhelmed every tourist season, and having to clean up the mess after.

There’s so much more to do in Amsterdam than simply party, trash the place and leave:

Anne Frank House, Oude Kerk, The 9 Streets, and the countless castles, palaces and fortresses that stand all over the country.

In decades past, Amsterdam has been treated like shit by the rest of the world, seen as a place to do drugs legally, while snot giving a crap about the actual destination. If you’re going to go somewhere that’s not your home country or land, show some bloody respect, will ya? You wouldn’t want someone trashing your house simply because they don’t have to clean it up after.

The three places listed above, while distinctly their own places, are usually lumped together yet each have a unique and distinct culture that not many people seem to grasp.

Ireland. Rolling green hills, meadows and mountains that seemingly go on forever. In images painted, it’s shown as a little slice of heaven. Tranquil and peaceful. There’s not really much for my to say about why I want to visit Ireland with the exception of the following:

I’d like to have a real pint of Guiness in a real Irish pub, and I wanna see the castles. I want to drop myself in the rich cultural history, and learn and see everything I can about Ireland. I’d like to do this with the rest of the British Isles (I don’t know If I can call them that anymore, please correct me if I’m wrong), which is the perfect segue into the next two places: Scotland, and England.

I’d like to step foot in England specifically for the architecture, not so much for the history, which as we kmnow is bathed in the blood of countless conquests (but that’s a topic for another blogger to cover). I’d love to spend a day or even a week in a victorian-era-ish looking part of England, and perhaps see what secrets England has to offer.

As for Scotland, what needs to be said about Scotland? No words can really do it justice, so I’ll leave it there.

Follow The Traveling Vampyre on WordPress.com
Join 546 other subscribers